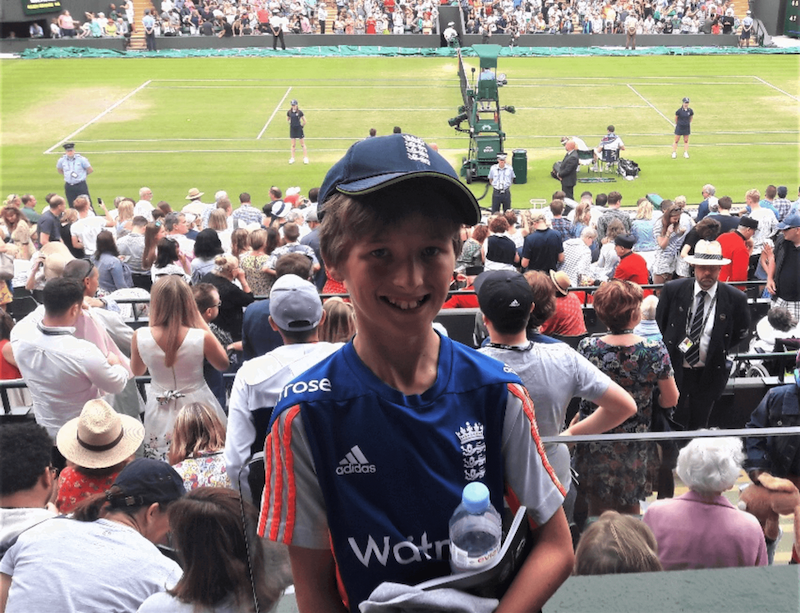 Family Fun At Birmingham And Wimbledon

Three families enjoyed the some of the benefits of being members of the tennis club.  Gaurang and his six year old son, Ishaan, qualified to play at the finals of Quorn Family Tennis Cup at Birmingham.  In addition to taking part in the finals they also had the opportunity to watch professionals, such as British No. 1 Johanna Konta, at play.  Gaurang said, “Unfortunately we didn’t win, but we had the most enjoyable day ever”.

In the meantime, young club members, Louisa and Toby, were lucky enough to win the Wimbledon ballot and spent a glorious day at the famous club watching Serena Williams and Roger Federer.  Toby also enjoyed watching Britain’s Alfie Hewett and Gordon Reid defend their Wimbledon wheelchair doubles title and said of Wimbledon itself. “from the moment you walk through the historic gates til the moment you walk out you cannot help but be impressed”.   Both, it seems, had “a magical day out”.