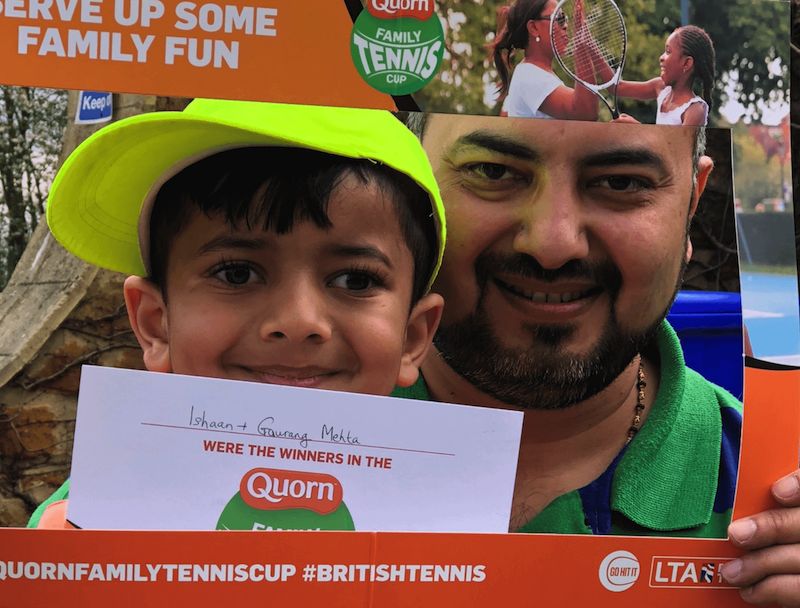 Luck was with Brixworth Tennis Club as the sun gave a rare appearance and shone the whole day, thereby allowing children to partner up with fathers, mothers and sisters to play at its first ever Quorn Family Cup.  And the winners were Gaurang Mehta and his six year old son Ishaan, with a very close second place achieved by sisters Elizabeth and Isabella Moxon.