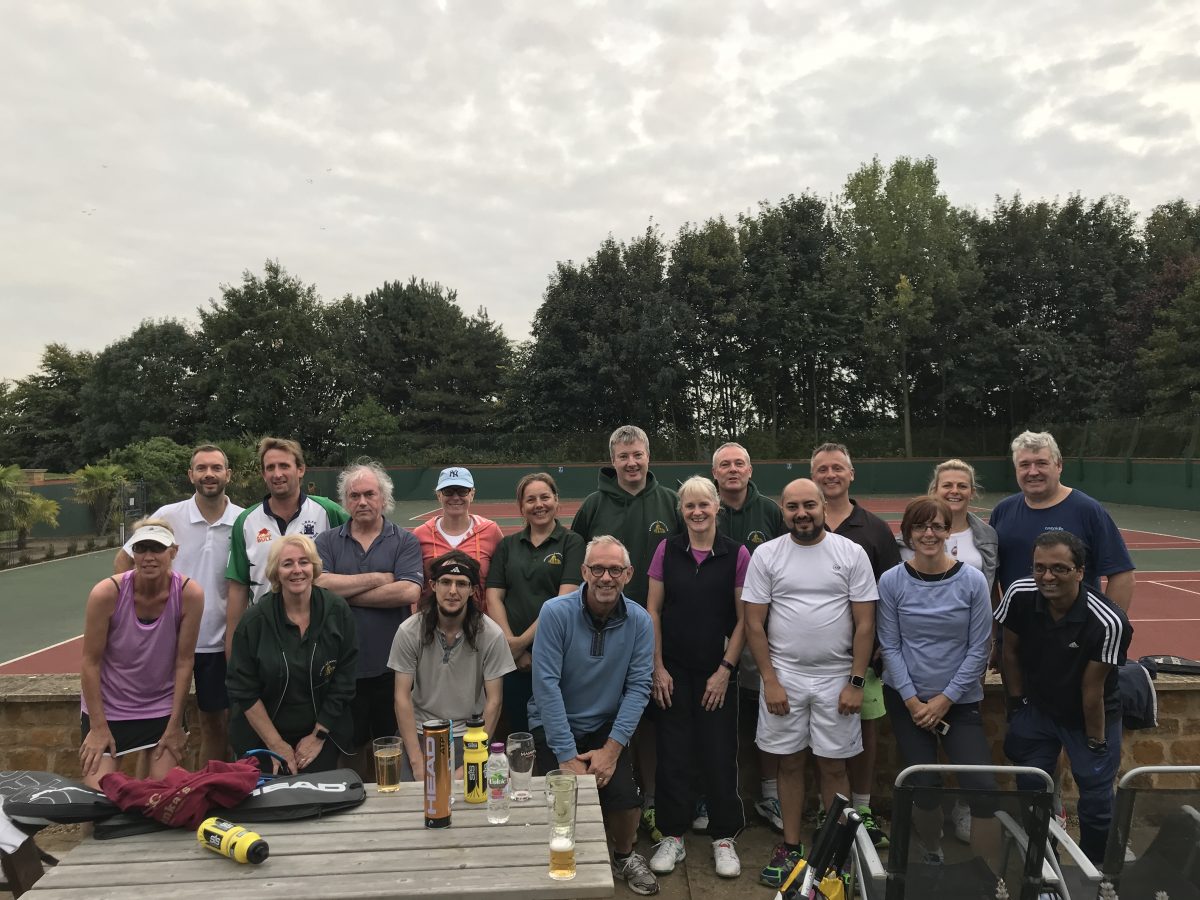 The sun shone down (for most of the day) on all 18 players plus over a dozen spectators who descended on Brixworth Tennis Club on Sunday 24th for the third annual High Tea Tennis Tournament. The few spots of rain were described by one participant as “dry rain” and certainly lived up to that by not dampening anyone’s spirits.

To celebrate the recent joining of the LTA, the tournament followed the rules of the FAST4 tennis system designed by the LTA to facilitate fast and existing tennis. It certainly didn’t disappoint and the “no net cord” rule on serve whereby play just continues certainly “court” a few players out!

The tournament was played in two groups, with the top two players from each group combining to play in a thrilling final. The finalists were Gordon Heron, Hayley Wincott, Will Haxby and Anthony Armstrong and was won by Will and Anthony by 4 games to 2 – the final again, following the FAST4 tennis rules.

The tennis was followed by what is now our traditional excellent high tea with sandwiches, crisps, cakes and other goodies which were certainly all polished off by a hungry group of players and spectators.